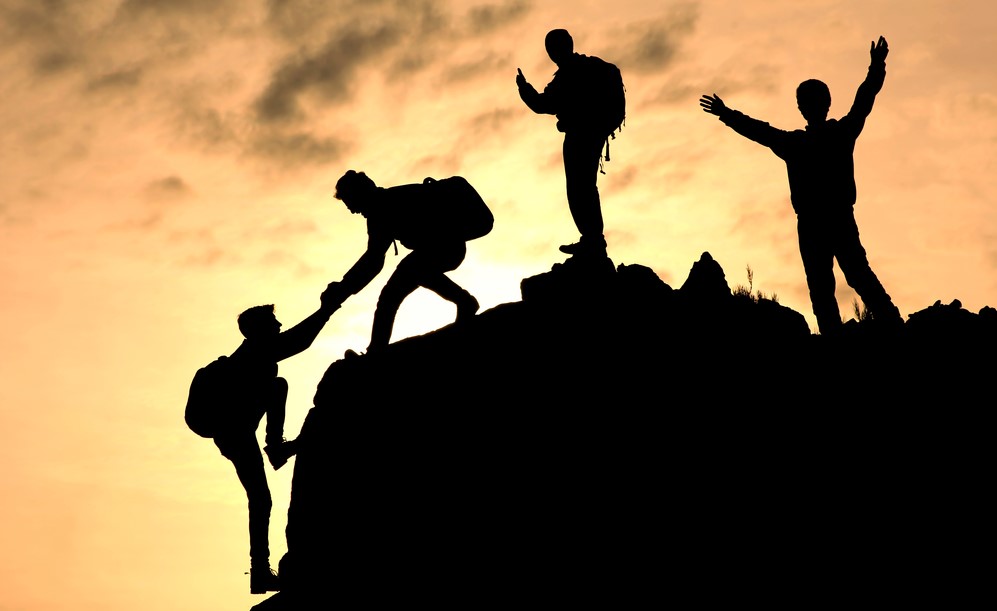 Build Me Up, Buttercup

“Building people up” (being supportive and offering knowledge) is how people are able to reach their potential. Everyone needs the caring, focus, and teaching during those times of self-doubt, loss of direction, confusion or inexperience, we all have. Support and education are essential for you to fully blossom.

Have you ever experienced training that was not only memorable but extremely helpful for your work and maybe even the way you view the world? And, was the training so impactful that you can recall petals of wisdom from the training regardless of its timing? For me, Lisa Marie Platske and Suzanne Dudley-Schon’s presentations and guidance have shaped how I approach conversations, write and view people. And, when I struggle with writing, I ask myself “how would Lisa Marie or Suzanne’s teachings paint this picture?” Then one of their key teachings will play in my head. I also sometimes recall Ford Harding’s words of wisdom regarding the value of my services.

In the latest blog, “What Are the Key Qualities?”, the subject was my fascination for Berry Gordy, the founder of Motown music as a compassionate and insightful mentor. And previously https://susangoldbergleadership.com/like-music-to-your-ears/ explored the why behind Gordy’s developing of Motown. In this blog, I’ll share how Gordy used training within the Motown organization.

The Balance Between Rules and Growth

When Berry developed and managed his artists, he realized that unlike the cars he had assembled in the production line at Ford, people didn’t come out sparkly and at their peak performance without additional work. Like an athletic trainer and coach, then Gordy knew he had to be honest with the artists and “build them too even when they didn’t know they had to be built.” This meant grooming them for the long run: putting them through charm school, choreography, etiquette instruction, body language, so they could build self-esteem and be interviewed, filmed, and perform in person or on television as the best view of themselves. He was taking them from the talented individuals they were and empowering them to be even greater.

Gordy also understood, like cars, artists had to be updated and changed to fit the times, tastes and needs of the musical public and reflect their own personal growth. Gordy had full control of artists, but changed when he needed to – if he didn’t, he knew he would lose the performers to another label or manager.  He learned that early on. He offered the artists freedom to change and grow within restriction.

Simultaneously, while training his people for growth, Berry Gordy also set rules, standards and boundaries. If he had not, the employees and artists would not have allowed the training and been as invested in their own development; they wouldn’t have taken their work as seriously. Also, the caliber of talent would not have been as great: Stevie Wonder, Marvin Gaye, The Supremes.  What was notable about Motown was there didn’t seem to be any mediocrity within the talent.

Not only with the artists, but in the business operations and writing, he held people to standards and principles. If you disregarded those standards, you were let go. Yet should you follow them, you could share your truth and nothing would be held against you. His democratic leadership and training presided over quality control meetings where all participants voted, gave advice and shared equally.

Even though as a leader, Gordy set rules, he wanted the Motown people to feel a part of the organization while encouraging creativity.

Taking Motown to You

Berry understood the importance of grooming his organization’s people to change and grow within the Motown culture and community.  He gave them a chance to invest in their own development, empowering them to even greater possibilities. And he offered an organization where all involved could share their ideas, wisdom and voice as long as they followed Motown principles.

Have you considered recently that you would like training to be a better leader to have a more engaged, productive and empowered team like Berry?  Or perhaps a direct report(s) needs finer tuning to be truly terrific but you don’t have the bandwidth or mindset to offer it? You recognize this because you’ve been in their position at one time and how you could have (or maybe did) use training to grow. If you’d like to create a training and development plan for you or your direct report that offers increased productivity, more satisfied team members and increased retention, let’s talk. Contact me at Susan@SusanGoldbergLeadership.com