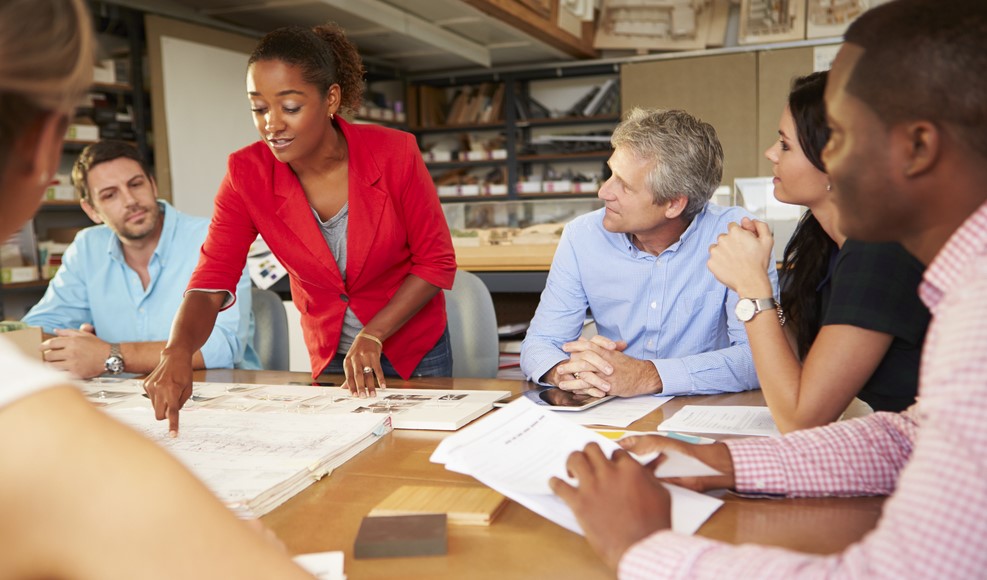 Comes A Time To Be Seen

Have you ever felt like you were giving your all to your organization and you were being appreciated for that?  You understand how motivating that is.

How the Conversation Started

Colleagues of mine who are career and leadership coaches were having conversations with African American clients about African American women not receiving recognition in leadership and therefore making a pivotal decision: leave their jobs and organizations mid-career or at least consider leaving. My mentor, who helped launch my leadership business, thought this was such a common experience she encouraged me to write about it.

I took her suggestion to heart and wondered – how common is this self-conversation and pivotal choice?  Was it different from the conversations other women were having with themselves at the same point in their career?

I felt the tug to write this piece to make organizations and executives think about what they are doing and will be doing in the future regarding leadership with the younger Millennial generation and the Generation Z’s (who are the most vocal about what they will and will not tolerate). If people who are worthy of being promoted are not being promoted – how is this affecting the organization?  And if people who are in positions of leading others are not up to the role, how is this affecting the organization?  According to a Gallup poll of more than 1 million employed workers, the number one reason people quit their jobs is a bad boss or immediate supervisor (75% of workers who voluntarily left their jobs cited this).

Were poor leaders the cause of my colleagues’ clients’ forks in the road of whether to leave or not?  Or that these women should have been promoted and weren’t?  Or, a combination of both. I pondered some examples of careers I had seen and also conducted a couple of interviews to learn more.

Here are 3 examples of intelligent, proactive and hardworking African-American women who hit that fork in the road: decide to stay in corporate or do something more entrepreneurial or non-profit. Some hit that bump earlier than others. This is what I gathered looking at their careers to the best of my ability.  While I am a leadership and communication expert, I am no expert on any individual’s personal decisions and paths; I can only provide the questions and insights to support.

A younger networking friend, an incredibly accomplished and driven accountant impressed me from the moment I met her. Working for one of the larger accounting firms, this woman was very involved both in employee resources groups and also internal and external networking groups.

She was frustrated that although her firm had a relatively new performance tracking system, she was not receiving the type of feedback she needed to progress; she liked her bosses but wasn’t sure they were great leaders and/or communicators (although they may have been subject to the firm’s procedures). While the Managing Partners who led her team admitted there was frustration among a number of the young professionals within their team, they weren’t prepared to assess the situation. Between a lack of a clear path to develop professionally and her concern over the lack of black women in senior levels at the firm as role models and champions, she decided to leave.

A client who worked for a large consulting firm was enterprising, well-liked and respected at her company. Yet, her direct boss and co-workers in her department didn’t recognize her brilliance nor her accomplishments for their team.  Since her boss wasn’t a proactive leader, nor intent on delivering and motivating, this late 30’s professional single-handedly moved her team and client forward. Receiving mostly criticism or lack of communication from her boss and some team members despite her accomplishments, she seriously thought about leaving and yet didn’t want to give up. With our working together, she was able appreciate her worth and contributions and find another group with a leader who understood all she offered. She could remain at the firm; move into the leadership position she deserved and thrive.

Speaking with a fellow graduate and Board member of my high school, Lena, a Gen Xer, she had a similar experience to the consultant above except she worked for a large insurance company. She was a long-term employee, carving a career path for herself. Lena described delivering on her job when her boss wasn’t willing to provide direction for his team. She took the initiative to make sure her boss met all his deliverables. Rather than promoting her, the company hired someone outside to be a leader of her team, and her boss wanted the new leader to receive training from Lena. At the same time, Lena became aware that team members were making more money than she was and while she was delivering, they were not delivering on their goals. When given the opportunity to accept a package because the group was restructuring, she left.

What Would You Do?

How would you have navigated these situations?  Would you have been frustrated by a lackluster boss and left?  Or if there was the opportunity, would you have tried to find a team where you would be appreciated?  From these women’s stories, they were hard working and provided great results. From what’s gathered, the bosses were at fault. And I realize there are two sides of every story.

Have you faced a similar fork in your career when you felt like you were giving all you had and the company was not giving back to you?  Would you say it was due to your boss specifically or was it broader than that: was it the company’s culture? Does the fault stop with the bosses; or does it extend with the organization as a whole bearing responsibility?

Who Is Missing Out?

And, what were these organizations missing by not paying attention to these women’s skills?  What opportunities were they missing out on because these women didn’t stay or took a different path? Were teams and projects broken?  Are they still?

If there is a lesson in this, companies could be paying better attention to all talent and their communication to them.  Are the messages they are sending by keeping those in leadership positions who are not up to the task causing them to lose their best talent and underutilize these people’s abilities? The next generation of leadership will not stay if that is the case. And, personally, if you see this happening at your company where you are not being valued for all of your accomplishments, let these women’s decisions lead you to find a place and culture that will recognize you. You are worth it.

As a leader, how are you showing up? Have you been the role model for your team – communicating with respect and good manners so that they can learn to build strong positive relationships with you, their colleagues and senior level management or are there communication gaps? While the organization may dictate an overall sense of culture, the culture within your team is set by you. And, you are the one responsible for recognizing your team members’ skills and abilities and putting them to work them for all to benefit.

My work as a leadership and communication expert has me go into organizations, as an outside unbiased view to look at the communication gaps. I identify what an organization is missing that’s holding it back from thriving and continuing to stay relevant.  Think you can use an outside perspective because practices may have become entrenched or no longer fit your plans for today’s workplace and goals? Contact me: Susan@SusanGoldbergLeadership.com Let’s talk.