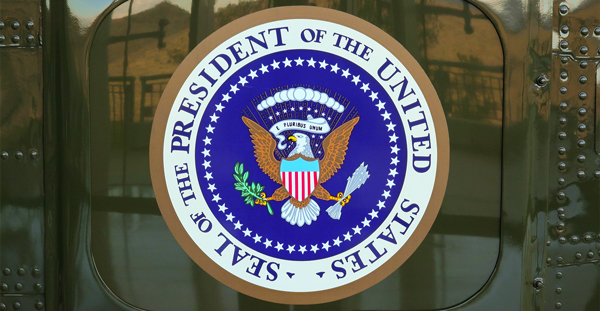 Who Should Be The One?

Who should be the ultimate leader: our President? What qualities are the most presidential and crucial for now? These are questions I’m considering. The questions are top of mind because of the President’s Day celebrations, a recent book on presidential leadership and due to the sheer number of people announcing they “have explored a run for the presidency”.  As the potential prime figure head for our country, the President is the role model for how other executives in the U.S. feel they can behave; they set the standard or tone for other chief executives and leaders. Following the turmoil within the current presidential cabinet, the high-turnover of the White House staff and the many lawsuits in the news, what leadership changes, if any, are needed for the next President to be effective in office? And, with the seemingly deep polarization between the two party system, what qualities will allow bridges to be built between them?

As a leadership expert who specializes in working with Millennials, I’m interested in unique perspectives on leadership. I’m reading “Leadership; Lessons from the Presidents for Turbulent Times” by Doris Kearns Goodwin which examines the backgrounds of four Presidents Lincoln, both Roosevelts, and Lyndon Johnson and what led to their motivation to enter politics. This is the book I mentioned above. One of the issues I’ve been thinking about is – were there parallels in their stories?  How were they able to lead through the challenges of their times?

According to Goodwin, Lincoln possessed kindness, humor and humility and loved to learn. He had a finely developed sense of timing, a keen understanding of human nature and was a natural storyteller as a way of communicating to “plain” people. Lincoln came from plain and poor folks. It was the townsfolk in New Salem, Illinois who influenced Lincoln’s political interests. While functioning as the town’s general store clerk and bookkeeper, the town fathers encouraged him to run for public office. They saw great potential in who he was and what he could do for the region.

Theodore Roosevelt saw Lincoln as a genius, gifted from birth with extraordinary talent, whereas, Teddy felt he was only able to succeed through determination and hard work. He had an unusual “power of concentration”, was a veracious reader, and had a powerful memory. On top of that he had a “positive temperament” and boundless energy. Teddy, who came from great wealth, saw politics as a way to “exercise his right to be a citizen”.  He wasn’t drawn originally to politics to help others, however, he developed empathy early in his career by visiting places atypical to his upbringing and experiencing difficult situations with his own eyes.  From his experiences, the first President Roosevelt understood that “different classes or sections are so cut off from each other that neither appreciates the other’s passions, prejudices, and indeed, point of view”.

Franklin D. Roosevelt was a planner; he planned to be in politics because he admired his uncle, Teddy, and wanted to follow him. He took advantages of opportunities when they arose. In politics, Franklin desired to be a representative of the people, independent from either party’s influence. Franklin was gregarious, enjoyed adventure, and while he was an only child in a wealthy family, did not exhibit a sense of entitlement. Early on, he learned humility and it enabled him to work with separate factions and negotiate deals.  He was skilled at problem solving, seeing where unrelated things connected, and and grasping information quickly.  People-wise, he had an ability to gather a talented and loyal team around him and knew when to delegate.

Like Franklin, Lyndon Johnson had a role model – his father, Sam Johnson, a Texas state politician. Lyndon who loved campaigning with his father knew he would have a political career. Unlike the two Roosevelts, he did not come from great wealth nor emotional support; his mother intermittently supported and chastised him and Johnson became a product of his background. He was incredibly smart, but did not do well in school because of nervous energy and a lack of interest in most subjects. However, he knew when to apply himself to attain what he wanted and was ambitious to the point of absolute determination when it suited him. Although a poor student in his youth, he knew the value of education and became a noteworthy teacher, principal, and debate coach. Johnson was a great organizer of people and persuasive; he made others want to do better and achieve. From his early days in Washington, LBJ had an instinct for finding the best mentors, for knowing where the power lay in any institution, and in how to transform a minor position into an influential one.

Here’s a short summary of the four men. All were smart, determined and thought they could make a difference as President, although Lincoln seemed to be the only one with a clear agenda. They were all great storytellers. Lincoln and Teddy Roosevelt found politics as a career by happenstance. While Franklin Roosevelt and Lyndon Johnson entered into politics specifically following relatives they had admired. Two came from modest means, both Roosevelts from wealth. With wealth, came international travel and a view into other cultures, which Lincoln and LBJ lacked.  Abe Lincoln had military experience, as did Franklin in a government role, the other two had none.  The earliest of the four, Lincoln, had business and legal experience (without earning a law degree, usual practice at that time) while Franklin had legal experience with a degree; this compared with Johnson who had a teaching background and Theodore who was a career politician. Abe and Franklin had warm personalities. Johnson’s and Theodore’s personalities cared more about achieving. Lyndon seemed to have no other interests beyond government and politics.  Finally, age-wise, when they became President: Lincoln was 52, Theodore was 42, Franklin was 51, and Johnson was 55.

After learning about these four past Presidents, here are some questions to think about:

If you believe that eras and their circumstances inspire the greatest leaders, which generation should our next President come from to manage the issues of today?  The Greatest Generation?  Baby Boomer?  Gen X?  Millennial?  What age is the optimal years of experience for the job?

What is the right clay to mold the next President to be self-aware and insightful? Years of living through war, depressions, recessions?  Building a business or legal practice, military service?  An entire career in politics?  Rags to riches, born rich, had a few failures but worked through them?

After reading these brief personal histories, do you see a profile that will predict greatness as a President for our times? Nothing to do with political parties, as a number of our greatest Presidents in turbulent times didn’t care about political party agenda.

Let’s start a discussion. If you are reading this, you probably have an opinion and I’m looking forward to hearing your view.  What’s the most important quality for our leader and chief to have?  And, why do you think that?